Richmond Live 2014: The (Beautiful!) South come to the Dales

Richmond Live 2014: The (Beautiful!) South come to the Dales 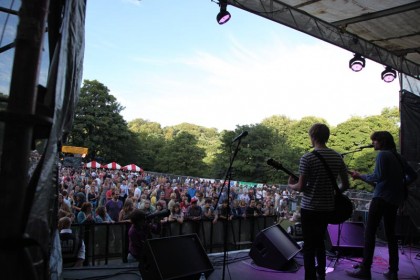 No sooner has the excitement of the Tour de France left the Dales, another major annual event returns to Richmond this August. Richmond Live, a mini festival held along the banks of the Swale, is back for its 16th year with some great acts performing over the course of 2 days on the 1st and 2nd of August.

Headlining this years event will be The South, formed from the ashes of The Beautiful South who split in 2007. The Beautiful South had a string of hit singles such as Old Red Eyes Is Back, Rotterdam, Don’t Marry Her, Perfect 10 and Number One single A Little Time. Their greatest hits album, Carry On Up The Charts, was one of the fastest-selling albums in UK history, entering at Number One and staying there for weeks, becoming one of the country’s most popular albums ever.After 20 years, ten studio albums, five greatest hits compilations, thirty-four chart singles, 15 million record sales worldwide and performing in front of millions of fans, when time was called on The Beautiful South in 2008, not everyone was ready to leave the party. Dave Hemingway and Ali Wheeler, lead singers with the band – along with departed songwriter Paul Heaton – were having too much fun to get out the pipe and slippers, and so The South was formed. Joining the duo were fellow mainstays from the original touring band: keyboard wizard Damon Butcher and the potent horn section of Gaz Birtles and Tony Robinson that brought so much to the live shows. Armed with a sensational back catalogue of hits such as ‘Song For Whoever’, ‘Perfect Ten’, ‘Rotterdam’, ‘Don’t Marry Her’, ‘You Keep It All In’, ‘Old Red Eyes Is Back’ and many others, there is a long way to go on this particular road.

There will also be great local bands, solo artists and emerging talent performing over the course of the festival such as Dean Hutchinson, an original song writer from the North East and The Purnells, a four piece from Stockton. Richmond Live runs from Friday 1st August from 16:45 and Saturday 2nd August from 12 midday til late. Tickets for this event are available via their website or on the gate.

2 College Square, Richmond, North Yorkshire, one of three new build cottages, neatly inserted behind a “chocolate box” facade of Georgian properties, grouped around a famous cobbled stone market place, guarded by a Norman Castle and its imperious Keep. All attractions, shops, pubs, restaurants, cinema, transport, theatre, museums, markets, the wondrous river Swale with breathtaking views and inspiring waterfalls are nothing more than strolling distance from our cottage through a secret door, to which you hold the key. Find out all that the cottage has to offer here.

What you can read next 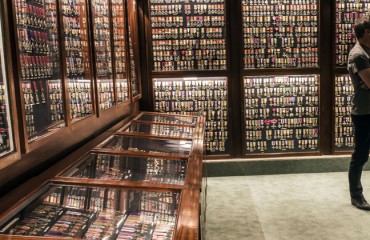 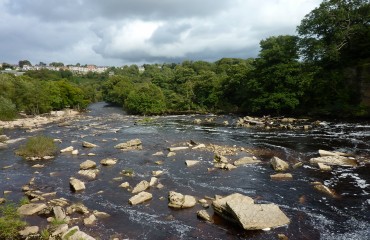 All that you need to know for the Yorkshire Grand Départ